Spread the facts!
9- The Executive Power
9. 3- The Army and The Islamic Revolution Guards Corps
Article 143

The Army of the Islamic Republic of Iran must be an Islamic Army, i.e., committed to Islamic ideology and the people, and must recruit into its service individuals who have faith in the objectives of the Islamic Revolution and are devoted to the cause of realizing its goals.
Article 145

No foreigner will be accepted into the Army or security forces of the country.
Article 146

The establishment of any kind of foreign military base in Iran, even for peaceful purposes, is forbidden.
Article 147

In time of peace, the government must utilize the personnel and technical equipment of the Army in relief operations, and for educational and productive ends, and the Construction Jihad, while fully observing the criteria of Islamic justice and ensuring that such utilization does not harm the combat-readiness of the Army.
Article 148

All forms of personal use of military vehicles, equipment, and other means, as well as taking advantage of Army personnel as personal servants and chauffeurs or in similar capacities, are forbidden.
Article 149

Promotions in military rank and their withdrawal take place in accordance with the law.
Article 150

The Islamic Revolution Guards Corps, organized in the early days of the triumph of the Revolution, is to be maintained so that it may continue in its role of guarding the Revolution and its achievements. The scope of the duties of this Corps, and its areas of responsibility, in relation to the duties and areas of responsibility of the other armed forces, are to be determined by law, with emphasis on brotherly cooperation and harmony among them.
Article 151

In accordance with the noble Qur’anic verse:

(Prepare against them whatever force you are able to muster, and horses ready for battle, striking fear into God’s enemy and your enemy, and others beyond them unknown to you but known to God… [8:60]).

the government is oblige to provide a programme of military training, with all requisite facilities, fob all its citizens, in accordance with the Islamic criteria, in such a way that all citizens will always be able to engage in the armed defence of the Islamic Republic of Iran. The possession of arms, however, requires the granting of permission by the competent authorities. 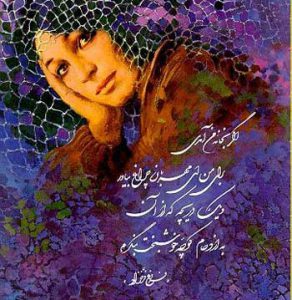